It is well documented that the transition from full time working to retirement can be a difficult journey. IETUK have assisted two retired members from the Fire and Rescue Services to make this transition more palatable, make the adjustment structured and meaningful with a sense of achievement along the way.

Due to sensitivities surrounding mental health and wellbeing, the identities of the two individuals, for the purpose of this case study, will remain protected. We thus shall refer to them as Paul and John.

Paul came to our attention by accident; he was at the time receiving physical and mental health assistance from the Firefighter Charity. He openly shared his story with a member of IETUK, who happened to be at the same facility. It was quickly realised by both parties that they could actually help each other. Paul recalls that over the period of his retirement, since he left the operational world of the service, he felt that he has lost his spark and seamed to be just drifting through the months and years with little or no zest for life.

John came to our attention somewhat differently, he had been aware of IETUK and their projects for some years. Working full time and family commitments were keeping him busy. On retirement from a senior manager position, following a rewarding 30-year career in the Fire and Rescue Service, life changed abruptly; what was the norm suddenly did not exist. Routines, which had unknowingly been his crutch, had disappeared. 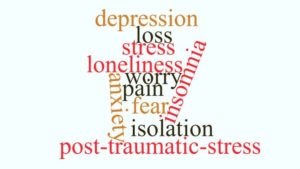 To quote John, ‘I needed a reason to get up in the morning and get a shave’. He recalls that his feeling of worth had greatly diminished.

Despite the love and support of his family and friends, he needed to feel that his skills and knowledge were not just going to dwindle and waste away as he aged. 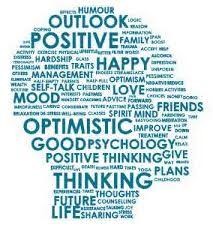 What IETUK could and did offer Paul and John was no magic quick fix for either of our volunteers. IETUK was simply a rewarding avenue through which an element of structure could be offered, and their skills and application being seen – including crucially by themselves – to be appreciated. In basic terms, something to occupy their minds: project works to offer some structure and meaning, the opportunity to meet, socialize and potentially travel overseas as skilled volunteers with people from similar professional backgrounds (but also a diversity to this to allow them to widening their cultural horizons).

Both Paul and John openly talk about their enjoyment and the level of fulfilment they gain from their involvement in IETUK and its projects. Both have been getting involved in raising funds, meeting supporters, project groundwork all the way through to actively delivering humanitarian projects overseas where their skills and contributions make a significant difference to others.

IETUK would like to hear from anyone who feels that they may benefit from involvement in our charity projects. If you are receiving treatment for mental health or wellbeing issues, simply get the ok from your treatment provider and give us a call or drop us an email.